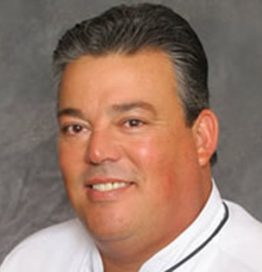 “The wonderful thing about working for Mr. Rosen and his hotels,” explained Chef Jorge, “is that the sky is the limit when it comes to satisfying each guest—if I need to buy lobster at $25 a pound, it’s my decision. We always strive to do the best and beyond at each Rosen Hotels & Resorts, and now I can bring that experience to the Rosen Shingle Creek. This really is a dream come true for me.”

Chef Jorge joined the Rosen family in 1991 and soon assisted in opening the Tamar Inns located at the Rosen Plaza, proving to Mr. Rosen that although it was early in his career, the 28-year-old was a talented chef. In 1995, Chef Jorge had the opportunity to serve on the pre-opening team at the Omni Rosen Hotel, now known as the Rosen Centre. The Chef is now helping Mr. Rosen to fulfill his grand vision for his latest venture, Rosen Shingle Creek.

Chef Jorge received his culinary degree from Johnson and Wales. While attending school, Jorge had the opportunity to apprentice at many fine-dining restaurants, focusing on French and Northern Italian cuisine. He began his career with Hilton Hotels in Dallas training under a master chef in one of its large convention centers and ultimately completed the Hilton Hotels management program. Over the next five years, Oliveira continued to work for Hilton at the Flamingo Hilton in Las Vegas, Trump Marina in Atlantic City and the Palmer House in Chicago.