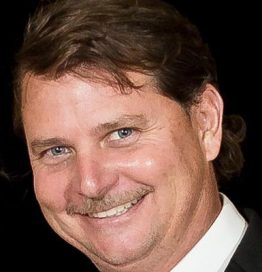 Lance Ham was born in Fort Rucker, Alabama where his father was stationed for the military but was raised in Plant City, Florida since he was one year old.

While in high school Lance worked afternoons and weekends for a farmer in Plant City. As he worked on that farm Lance discovered his passion for farming and realized that it was his calling. He loved everything about farming from the different jobs that needed to be done every day, to the business aspect of the whole operation. Immediately after high school at the age of 19 Lance decided to give farming a shot and he planted his first 3-acre crop of tomatoes on a piece of land owned by his family. From then on, he has worked very hard to grow his business. He does everything from preparing the land for his crops to selling the product to the consumer.

Lance is considered a small farmer with 50-acres of strawberries in the Winter and 20-acres of tomatoes in the Spring and Fall.
Lance is the current Florida Strawberry Growers Association President. He has received the Young Farmer/Rancher of the Year Award for the State of Florida from the Farm Bureau.

Lance was married in April to his wife Crystal. He has 2 children Logan and Lexi and 2 grandsons Gavin and Asher.

Do it with Passion or not at all